It is possible to prepare popcorn in a microwave plastic popcorn popper that is both more beneficial for one’s health and more cost-effective than brands of bagged microwaveable popcorn.

The microwave popper only requires standard popcorn kernels and does not need any additional oil or butter to function properly.

Can you use oil in a microwave popcorn popper? Just put popcorn kernels in the cup, and if you want, you can also add oil or butter. Then, put the cup in the microwave for a few minutes & enjoy!

Popcorn is rumored to have been served at the first Thanksgiving meal, which took place in Plymouth Colony in 1621…

According to legend, Squanto personally instructed the Pilgrims on how to grow, harvest, and popcorn for a tasty lunch. Unfortunately, this tale is as full of hot air as a big Jiffy Pop bag.

The first settlers at Plymouth did cultivate corn, but it was of the delicate Northern Flint variety, which is not good for popping…

The first mention of popcorn during Thanksgiving was in a fictional book written in 1889, more than 200 years after the first accounts of eating or producing popcorn in that area. So when exactly did Americans start eating popcorn if not at Thanksgiving?

By the middle of the 1800s, families adored popcorn as a scrumptious late-night treat in front of the fire, or during get-togethers and picnics…

However, it wasn’t until the 1890s that the food became widely popular. At that point, a Chicago businessman by the name of Charles Cretors had created the first machine for popping popcorn.

What kind of oil yields the most delicious popcorn?

When preparing popcorn on the stovetop, the finest oils to use are walnut oil, avocado oil, or extra virgin olive oil. Canola oil is the second-best option after olive oil.

FYI: Because flaxseed oil and wheat germ oil should not be heated, you can’t truly use them to pop popcorn with them…

Is it possible to use vegetable oil in a machine that makes popcorn?

Both the flavor and the nutritional value of your popcorn are impacted by the oil. Coconut oil is used by manufacturers because it produces the least amount of smoke and is said to have the best flavor.

Vegetable oil is the sole type of oil that should be avoided, as it cannot withstand the high heat of the kettle and has a high propensity to catch fire.

What are some of the drawbacks of eating popcorn?

Popcorn that has already been prepared typically has a significant amount of salt, also known as sodium. Consuming an excessive amount of salt can result in elevated blood pressure as well as other health concerns.

There is a significant amount of sugar in some of the brands. The addition of unhealthy ingredients like butter, sugar, and salt can turn popcorn into an unhealthy snack.

Is it possible to use butter instead of oil when making popcorn?

As long as you use clarified butter, the time-honored method of popping popcorn on the stovetop with butter instead of oil will provide excellent results every time.

Either a large saucepan equipped with a cover or a dedicated popcorn maker can be used… After placing the cover on the pan, sprinkle in around four or five kernels of popcorn and wait until you hear the popping sound.

Which is better, oil or butter, to use in a popcorn popper made of silicone?

In a popcorn popper made of silicone, you can use either butter or oil to pop the corn. After adding the oil, you can then pour melted butter on top of the mixture.

On the other hand, this is not required… despite the fact that it has a very distinct flavor and should be experienced at least once! You have the option of adding additional toppings to your dish, such as cheese, pepper, chocolate, salt, and sugar.

Simply place them in the popcorn popper along with the kernels, then shake the popper to combine the ingredients. After that, cover the bowl with the lid, and start the microwave.

Popcorn makers made of silicone are not only simple to operate, but also very simple to clean. It ought to be able to go in the dishwasher without any problems.

Because it may take this particular type of silicone longer than usual to dry, you should probably pat it down with a dish towel before putting it away for storage.

Is it true that popcorn prevents weight loss?

Popcorn’s strong satiety factor is another way in which it can enhance one’s health. Popcorn is believed to be a food that can aid in weight loss due to the food’s high fiber content, low-calorie count, and low energy density.

These three factors combine to make popcorn an ideal candidate for this role. For instance, studies have shown that eating popcorn before a meal makes people feel fuller than eating the same number of calories worth of potato chips.

How to make popcorn in the microwave without a bag?

Use a microwavable bowl and mix popcorn kernel with the optional salt and oil. Place a plate or lid on the top and ensure it covers the full opening of the bowl. Set the microwave on the default setting for a 2-4 minutes and the popcorn will be ready.

Add popcorn to a big microwave-safe glass bowl with a lid. Large Pyrex bowl Microwave the bowl for 5-6 minutes on high. When you hear 2 seconds between pops, cease popping.

Can You Use Oil in a Microwave Popcorn Popper? (everything you need to know) 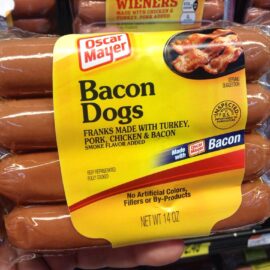 What Happens if You Eat Bad Hot Dogs? (complete guide for safe consumption) 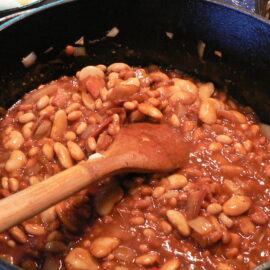 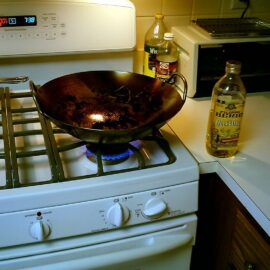