Corn on the cob, It’s a traditional meal that is yummy no matter what time of the year you prepare…

But what happens when you have limited time and boiling or grilling your corn on the cob is out of the question? In comes the underrated star of your kitchen.

Curry and garlic style spicy chicken with seasoned chips and corn on the cob. 😋🤗 pic.twitter.com/5meyJCAbvK

Is it okay to microwave corn on the cob that has been frozen?

Yes, without a doubt! Microwaving frozen corn on the cob is completely safe…

If you use a microwave-safe dish with half-inch of water and cover it with a lid, you may microwave frozen corn on the cob without risk of burning yourself.

Because you are cooking in a sealed container with water to produce steam, there is no need to defrost the meat before cooking it.

Is it necessary to defrost frozen corn on the cob before using it?

Generally speaking, frozen corn should be thawed before cooking on the stovetop, in the oven, or on the grill to make the process simpler and to reduce cooking time.

When cooking frozen corn on the cob in the microwave, there is no need to defrost the kernels before heating with the microwave.

Thawing frozen corn the night before may help to minimize the amount of time it takes to cook frozen corn in a microwave, oven, grill, or on the stove.

The question then becomes, how can you defrost an ear of frozen corn without putting it in the refrigerator overnight?

Using a big ziploc bag, put the frozen cobs in a basin of cool running water for 30 minutes. If the water is just flowing at a trickle, the cobs should thaw quite rapidly.

To microwave frozen corn on the cob, how long should you expect it to take?

The amount of time it takes to microwave frozen corn is determined on the quantity of frozen corn kernels being microwaved.

Furthermore, one pound of frozen corn on the cob may be microwaved in around 5 minutes, however the time will vary depending on the wattage of the microwave.

Despite the fact that microwaving frozen corn only takes a few minutes, it is critical to rotate the cobs at regular intervals to ensure that the heat is evenly distributed throughout the frozen corn.

What is the best way to tell whether frozen corn on the cob is ready to be microwaved?

If you microwave frozen corn until it is completely cooked, the yellow color becomes vivid and the corns begin to smell cooked, and the heat is equally dispersed throughout the ear.

In addition, the kernels must be heated to a temperature of 165 degrees Fahrenheit in order to eliminate any possible microorganisms.

While this is true, it is important to remember that it is difficult to determine whether frozen corn is ready to be withdrawn from the microwave without tasting it, testing its internal temperature, or physically touching it.

The interior temperature of the frozen corn on the cob may be determined in a more basic manner by measuring its temperature range, which ranges from 74°C, which is comparable to 165°F, to 165°F.

Alternatively, after the frozen corn has been properly microwaved, the corn cob may be left with some ice areas in the centre; however, you will not be eating the cob; only the kernels will be consumed.

Again, choose for the manual technique, in which case you may check to see whether the corn is still warm after every 3 minutes of microwaving. The amount of time it takes to check varies on the amount of frozen corn used.

Spare ribs with a sticky barbecue sauce, rice with corn, with a buttery corn on the cob. pic.twitter.com/WrGB6nX69J

After that, flip the cobs and continue nuking if required. Once all of the sides are heated and the kernels have achieved the right internal temperature, remove the frozen corn from the pan.

How to microwave frozen corn on the cob (with husks)

Aside from using a microwave-safe plate to cook frozen corn on the cob in the microwave, there are a few other things to keep in mind if you want to get a juicy and delicious outcome rather than dried-out corn kernels…

When microwaving frozen corn on the cob, the following recommendations should be taken into consideration:

Using cold water to wash the corn can help to remove part of the frozen ice, which will speed up the cooking process.

Also, running the frozen corn under cold water for a couple of minutes will help it cook more quickly, but it will also remove some of the natural taste from the kernels.

The following are the steps to prepare frozen corn on the cob in the microwave:

1. Place the corn in a microwave-safe dish and heat it for 30 seconds. If you use a microwave-safe cover, keep the moisture locked within to uniformly steam the frozen corn, but leave a corner free so that the steam pressure may escape and ventilate.

2. Fill the dish with water until it is approximately a half-inch deep in the bottom of the container.

4. Check the status of the corn every 3 to 5 minutes to determine if it will require more or less time, and to flip the cobs around to ensure that they are evenly cooked all over.

5. The corn should be hot on all sides when removed from the microwave when it has completed cooking. If it is not, continue to microwave for 1 minute at a time until the required internal temperature is obtained.

6. Microwaved corn may be flavored by smearing it with butter and spices before baking it.

Microwave frozen corn on the cob without husk

Ensure the corn is frozen. 1 inch of cold water from 1/2 cup should cover the corn. 8-10 minutes, depending on microwave power. Add butter, salt, and pepper to microwaved corn.

Microwave corn on the cob in husk video

How long to cook frozen corn on the cob?

Is it better to boil or microwave corn on the cob?

Microwaving fresh corn is the best way to cook it. The corn steams in the husks, locking in moisture to make juicy, tasty corn quickly and easily. And after microwaved corn, husks and silk slip off!

How Long To Microwave Frozen Corn On The Cob? (everything you need to know) 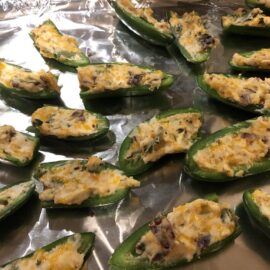 Can You Microwave Frozen Jalapeno Poppers? (everything you ever wanted to know) 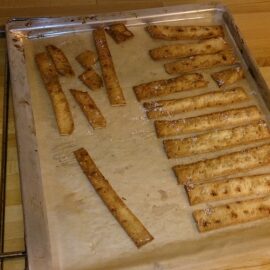 Can You Cook Frozen Breadsticks In The Microwave? (everything you need to know) 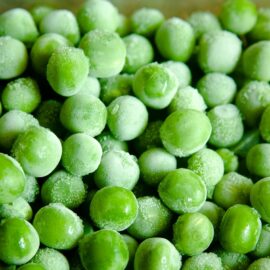 Can You Microwave Frozen Vegetables In The Bag? (everything you need to know)