What should one (this means you) do if, when cooking something for dinner (such as spaghetti), one realizes that one (you again) needs to remove the water but does not have a strainer?

This leads us to the question: how to drain spaghetti without a strainer? After doing the research, here’s what I uncovered…

Best Method: Keep the lid slightly ajar, at an angle of about one-quarter of an inch. Insulated oven mitts should be used to keep the lid down. If you don’t hold the pot at a safe distance from you when you pour, you could get burned by the steam. The water should be poured out, and you should let the cover collect your food.

After conducting additional investigation, I discovered new information that is important for you to be aware of; therefore, I ask you to kindly continue reading…

1. A Spoon with a Slot or a Spider

Even better, observe how the water drains through a spoon that has been converted into a miniature colander (because, holes). (One might say the same thing about a strainer, but seeing as how it is essentially a handheld colander, we won’t be discussing strainers here.)

Do not attempt this technique with longer or more stringy kinds of pasta. Only use a spoon for little pasta, beans, and vegetables that have been blanched. The largest spoon you have should be used. After you have removed the desired amount, cradle the edge of the spoon against the side of the pot and tilt it gently to allow the liquid to drain. Although it takes some time, the method is effective.

Let’s assume that you gave some thought to stocking your kitchen and that you purchased tongs as part of that process. To remove a strand of spaghetti or another type of long pasta from the

, you may use those tongs, which are designed specifically for the task. You can absolutely use a fork in place of tongs in the event that you do not have the latter. Be warned, though, that extracting individual strands of spaghetti from bubbling hot water will take an interminable amount of time.

This method is more efficient, but it requires you to use greater caution. One advantage of employing this technique is that it can be used to drain any sort of pasta. Place the dishtowel inside of a bowl that is not being used. Before transferring the contents of the pot into the bowl, make sure you are wearing oven mitts. Take hold of the dishtowel by its corners, and pull it up. Please be patient as the water is drained.

My idea of fusion cooking. Spaghetti while drinking a Pacifico. That counts, right? @TexasAustyn pic.twitter.com/ZiPue88dFA

How should pasta be stored? | 2 popular methods

Pasta should be stored no more than two hours after it has been prepared. Warm pasta should not be stored. Steam is a sort of moisture that can become trapped inside a building.

This moisture provides ideal conditions for the growth of pathogenic bacteria and molds. After cooking, the pasta should be allowed to cool to room temperature.

To prevent it from clumping together and adhering to itself, toss it with some vegetable oil or olive oil. Keep it in a sealed container at a temperature of 4 degrees Fahrenheit or lower.

If the sauce and the pasta have already been mixed together, there is no need to add any additional oil to the dish. It is important to keep the uncooked pasta in a cool, dry spot that is out of the way of any sources of heat or moisture.

It is not a good idea to freeze pasta that has sauce on it. The texture of the pasta will be ruined, and it will get mushy as a result of the sauce.

However, cooking pasta ahead of time and freezing it without adding sauce makes for a convenient supper solution. To properly preserve pasta in the freezer, please follow these steps:

Is It Possible To Strain Pasta With A Plastic Strainer?

It doesn’t matter what kind of strainer you use, as long as it’s big enough to hold all of your spaghetti, you should be good to go…

One thing to keep in mind is that heat can cause some chemicals to seep out of plastic. When straining pasta or other foods, it is common practice to use a pot of boiling water in conjunction with the strainer.

For this reason, if you have access to one, a colander or strainer made of stainless steel is going to be your best alternative…

Although plastic strainers are available for purchase and have been deemed acceptable for use in the kitchen by the makers, this does not necessarily mean that sufficient testing has been done to ensure that they are safe when exposed to hot water.

Is It Possible To Use Paper Towels To Strain Something?

Paper towels can be used as a straining material, however, they are far more likely to tear when subjected to significant quantities of hot water…

If you are using the paper towel to strain the soup in order to remove the solids, then a significant amount of the soup will be absorbed by the towel.

Paper towels frequently include byproducts such as formaldehyde and chlorine, both of which are compounds that you probably want to steer clear of in your meal.

If you have any heavy-duty paper towels that do not contain bleach, those will be the finest alternative to use if you need to clean your kitchen.

What is the main distinction between a strainer and a colander?

The design of a colander is typically that of a bowl, and it contains a series of small holes through which water can be strained…

The majority of foods can be successfully strained with colanders; however, you should avoid using them with fine grains or herbs that could get lost in the colander’s somewhat bigger holes.

The primary distinction between the two is that a colander is typically a more substantial bowl-shaped utensil that has huge holes at the bottom, whereas a strainer is also bowl-shaped but has a small mesh inside it. Regarding their applications, each one may be used to remove excess water from cooked pasta.

We may be self isolating because of ~%~%<^ COVID but that is not going to stop me from cooking up a storm for the whanau/family:spaghetti and meatballs in tomato sauce with enough garlic and chilli to kill and set fire to a vampire at 100 paces! #spagetti #meatballs #pasta pic.twitter.com/gzZT3d9Rlu

2. What is a strainer used for in cooking?

A strainer is a wire-mesh silicone or metal kitchen sieve that is used by chefs and home cooks to separate liquids from fine solids in the process of cooking. This is typically done in situations where liquids need to be filtered more finely to remove small solids or pieces of sediment including teas leaves.

Now that we are aware of how to drain spaghetti without a strainer maintain the lid at an angle of about one-quarter inch, with the lid slightly ajar…

To keep the lid down, insulated oven mitts should be worn. If you don’t hold the pot safely away from you as you pour, the steam could burn you. You should pour the water out and let the cover catch your meal.

Furthermore, it makes no difference what kind of strainer you choose as long as it has the capacity to hold all of your spaghetti. Heat may cause some chemicals to leak out of plastic, so keep that in mind.

It is standard procedure to use a pot of boiling water along with the strainer when straining pasta or other meals. Because of this, if you have access to one, a stainless steel colander or strainer will be your best option. 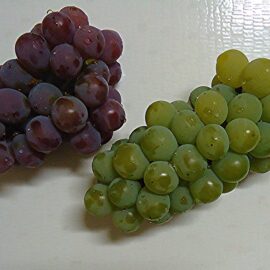 How to Keep Grapes Fresh Longer? (everything you need to know explained) 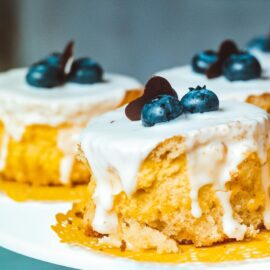 How to Keep Baked Goods Fresh Overnight? (3 most effective methods) 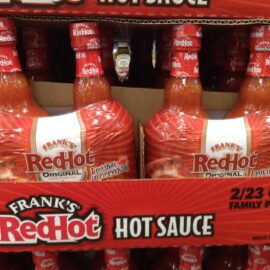