Question: What kinds of dishes can’t be made using chicken? (take your time… I’ll wait)…

If you’re a home cook who prioritizes fast and healthful meals, you can’t go wrong with this protein-packed chicken as your go-to item.

Because it can be prepared in such a diverse range of delicious ways, a lot of people buy it in large quantities. But enough of me talking about protein this, and healthy that…

This leads us to the question: how to freeze raw chicken tenders? After doing the research, here’s what I discovered…

Best Method: Put the tenders in a single layer on a tray or plate and place them in the freezer for at least two hours. After taking it out of the pan, place it in a large ziploc bag. Remove as much air as you can, then put it in the freezer to keep it fresh.

What if my chicken has been cooked?

Good question… Up to two days after being cooked, chicken can be securely kept in the refrigerator without risk of spoilage… after that, the next best thing to do is to freeze it.

In any case, before you close the ziplock

bags containing the chicken, make sure to squeeze out as much air as you can and place the chicken inside the bags.

It is recommended that the cooked chicken be cut into smaller chunks before being frozen rather than placing the entire quantity into a single freezer bag.

In this manner, you will be able to thaw just the quantity of chicken that is required for a certain dinner. In the refrigerator for the night, defrost the cooked chicken that is still sealed in the ziplock bag.

FYI: The United States Department of Agriculture (USDA) states that cooked chicken that has been frozen can be stored in the freezer for up to three months; however, you should be sure to put the date on the bag using a pen that is safe for the freezer.

How to defrost raw chicken that has been frozen?

Never allow frozen meat to defrost on the countertop in the kitchen. Instead, you could give one of these strategies for thawing frozen chicken a go.

The most reliable and risk-free method for defrosting raw chicken from a frozen state is to place the chicken in the refrigerator (place the package of raw chicken in a rimmed container or bowl to catch any drips).

You could require at least 24 hours, depending on the size, so make sure to plan ahead and include thawing time while you’re preparing your meals.

You may use the cold-water approach for same-day defrosting of chicken even if you just have a few hours to thaw it out of the freezer. Even if the frozen chicken is already wrapped, place it in a plastic bag that won’t leak and then submerge it in a big bowl that’s filled with cold (never hot) tap water.

Before the chicken is allowed to come into contact with water, the packaging should always be well secured. While you wait for the chicken to defrost, you should change the water every 30 minutes.

Although using a microwave to defrost food may be the quickest method, this does not mean that it is the most effective one. Because food has a tendency to develop hot spots when it is microwaved, your raw meat can be thawed in certain sections while other portions are still frozen.

It is imperative that the food be cooked quickly after being thawed in the microwave, and that it be refrozen only after it has been completely prepared.

Should the Chicken Tenderloins Be Cooked Before Freezing Them?

It is not necessary to boil chicken tenders before freezing them; in fact, I do not advocate doing so. They won’t do anything except dry out… they may be cooked from frozen without any problems.

Even though there is some preparation work involved in the beginning, the final result is a wonderful large package of chicken tenders that are already prepared for those times when you don’t feel like cooking. These are of a superior grade and include no fillers or additives.

How Do You Cook Chicken Tender Breast That Has Been Frozen? (air fryer or oven)

In order to prevent your food from being overcooked or undercooked, I strongly advise you to get a thermometer with an immediate read feature. The internal temperature of the chicken tenders must be brought up to 165 degrees.

1. What are the steps involved in freezing raw chicken breasts?

After pressing out as much air as you can from the bag before closing it, place the raw chicken inside of a ziplock freezer bag. If stored correctly, raw chicken can be kept in the freezer forever; however, the USDA recommends utilizing it within a year if the chicken is still whole and within nine months if it has been sliced into parts.

Catering available our place or yours! From chicken tenders to steak dinners for 250 people we got you covered! 248-682-2697 ✌️❤️🥩🍔🥪 pic.twitter.com/mskIkMYJfx

2. How do you reheat chicken tenders that have been cooked in the oven?

So, what have we learned today, people?

To freeze raw chicken tenders, arrange them in a single layer on a tray or plate and freeze them for at least two hours… place it in a big ziploc bag after removing it from the pan.

Remove as much air as possible before freezing it to keep it fresh. Also, chicken may be safely stored in the refrigerator for up to two days after cooking without risk of rotting… beyond that, freezing is the safest option.

In any event, press out as much air as possible before sealing the ziplock freezer bags holding the chicken and placing the chicken inside. Enjoy the rest of your day, always stay safe, and treat others with kindness and respect. Until next time!

How To Freeze Raw Chicken Tenders? (this method is so simple & easy) 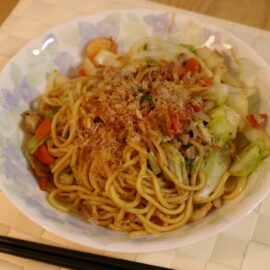 Can You Freeze Noodle Stir Fry? (plus 3 amazing tips) 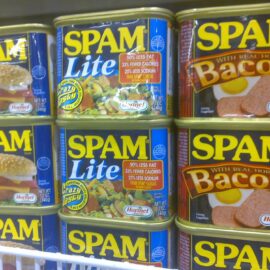 Can You Freeze Spam? (4 simple steps) How to Freeze Cooked Butternut Squash? (everything you need to know)