FACT: A pie’s filling can be sweet, sour, or creamy, and it’s topped with a crust that’s buttery and rich. It’s the flavor and textural equivalent of culinary bliss (YESSIR)…

However, one of the most important aspects of pie cooking is preventing the crust from becoming soggy and mushy (nobody wants to experience that).

This is what separates a pie that has been exceptionally well produced from the rest of the pack. This leads us to the question: how to keep pie crust from getting soggy? After doing the research, here’s what I discovered…

My lattice piecrust sunk into the cherry pie I made today, but the hearts survived. ❤️ I used both sour & sweet cherries & pitted each one by hand w a little knife. Baking it helped keep my mind off the troubles of the world for a few hours. #TwitterBakeAlong pic.twitter.com/Vqn0AIkyv7

10 Suggestions to Prevent a Soggy Pie Crust (thank me later)

1. Place your baking sheet on a lower rack

Always put whatever you’re baking in the middle of the oven, since this is my go-to recommendation… except pies…

It stands to reason that there must always be an exception, right? In the realm of baking, pies are considered to be outcasts.

If you want your pie crust to get a nice golden brown color, move it closer to the bottom rack in the oven. When I bake mine, I always put them in the lowest third of the oven.

2. Put Your Stuffing Through a Strainer

A fruit pie may have a significant amount of liquid inside of it. Therefore, you may make things easier on yourself by first coating the fruit with sugar and allowing it to sit for a while.

The fruit will lose some of its water content as a result of the sugar. After letting it sit for a while, one of my favorite steps is to strain away some of the liquid. Just pour the liquid down the drain.

FYI: You might also reduce it by boiling it until it becomes a thick syrupy liquid that you can pour over your fruit…

You can also assist in browning the crust by placing your pie on a baking sheet that has been heated in advance. This is something that I like to do anyway in order to capture any drips that may come from my bubbling fruit filling.

4. Make Sure You Use The Appropriate Pie Plate

Those ceramic pie plates really have a lovely appearance. However, they will not produce the golden brown and crisp crust that you desire. For the most effective transfer of heat, I strongly advise using either a metal or cast iron pie pan.

You can achieve a crust that is perfectly toasted and crisp using these pie pans. It is possible to use a glass pie plate, which will allow you to view the bottom of the crust and verify that it has browned properly. However, you might need to keep it in the oven for a bit longer.

5. Bake your crust without any toppings

To accomplish this, fill your pie plate with the crust and then line the pastry with parchment paper, being sure to leave some of the paper hanging over the edge.

Put pie weights or dry beans inside the pastry case that has been lined with parchment all the way up to the very top and press them down firmly.

Learn how to make a homemade flaky pie crust with these step by step photos and video tutorial for all your holiday pie baking! https://t.co/MsNFTDdbGm #piecrust pic.twitter.com/jEU9Ingau2

This helps to ensure an equal baking process and also weighs down the pastry, preventing air bubbles from forming and preventing the sides from falling when the butter begins to melt.

Bake in the upper third of your oven at a temperature of 400 degrees Fahrenheit (200 degrees Celsius) for fifteen to twenty minutes, or until the edge begins to become brown.

After removing the pie weights and the parchment, return the crust to the oven and bake it for another ten minutes, or until the base is dry when touched.

Make use of the liquid quantity as a reference, and add it in one tablespoon increments right up to the point that your dough joins together…

The pastry should still have a shaggy appearance but should hold its shape when pressed. If you let it sit in the refrigerator for a while before rolling it out, you’ll be astonished by how much additional water the flour will absorb while it’s there.

7. Use chocolate to encase the crust of your pie

You can omit the egg wash and instead brush a coating of melted dark or white chocolate over the cooked pie crust if the flavor goes well with your cream or custard pie filling. The chocolate will become more solid and form a barrier that will keep the crust safe.

Flour. Butter. Sugar. Salt. Water.
These are the basic ingredients that you need to make a perfect pie crust.
Still in need of a good recipe? Google "laws of baking pie crust" and there you'll find all you need for pie crust perfection.#pie #piecrust #flaky #thanksgiving pic.twitter.com/JzWrJBmeOk

If the dough is made more substantial, the baked product will be less likely to allow the fruit filling to seep through the bottom crust.

9. Bake on a baking sheet that has been preheated

The heat from the oven quickly melts the little nubs of fat that are embedded within the pie crust, which results in the formation of steam that puffs up the pie crust and gives it a light, flaky, and crisp texture.

If you put a baking sheet in the oven while it’s heating up, then lay the pie dish immediately on top of the baking sheet when it’s finished heating up. This will give the crust a little bit of an extra burst of heat, which will help it cook and set more quickly.

10. Complete It While It’s Still Warm

1. How can I fix my pie crust’s soggy bottom?

We now know that coating the crust stops it from getting soggy. Before pouring in the filling, adding a little corn syrup or beaten egg white helps make the crust crisp and flaky.

Also, the look of those ceramic pie plates is very nice. But they won’t give you the golden brown and crunchy crust you want…

FYI: I strongly suggest that you use either a metal or cast iron pie pan for the best heat transfer. With these pie pans, you can make a crust that is perfectly browned and crisp.

You can use a glass pie plate, which will let you see the bottom of the crust and make sure it has browned the right way. But you might need to leave it in the oven a little longer. Enjoy the rest of your day, always stay safe, and treat others with kindness & respect. Until next time!

How to Keep Pie Crust From Getting Soggy? (10 important tips) 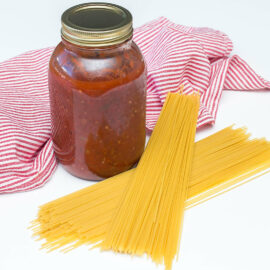 How to Use Pasta Sauce In a Jar? (7 tips flavorful pasta sauce) 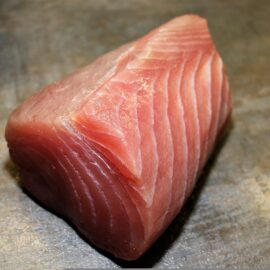 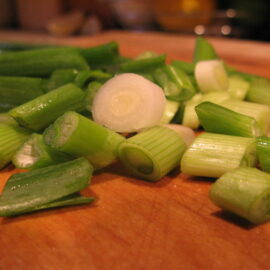