During the sweltering heat of the summer, they are, second only to ice cream, the ideal delicacy for maintaining your body temperature. But what happens if you take them with you on an outing, like to a picnic, and you don’t have a freezer to keep them frozen?

This leads us to the question: how to keep popsicles frozen without a freezer? After doing the research, here’s what I discovered…

Best Method: Ice should be placed inside of your cooler (dry ice will work better). To keep frozen sweets such as popsicles frozen longer, just add salt to your ice. To keep the goodies from becoming wet while they are being stored, place them in a plastic bag.

1. Sprinkle some salt on your ice

One more method for lowering the temperature of your cooler in order to maintain the frozen state of your popsicles is to mix some salt with your ice.

This happens as a result of the salt’s ability to connect with the ice, which in turn causes the ice to melt. When ice melts, it requires energy in order to transition from its solid state into its liquid state.

It does this by drawing heat from the ice that surrounds it and storing it in its body. Therefore, when the salt water ice melts, it actually becomes colder, and as a result, the cooler becomes chilly enough to maintain the frozen state of your popsicles.

2. If you need ice, get it from your own freezer rather than the convenience store

Purchasing ice at a convenience store, gas station, or supermarket is typically referred to as purchasing “warm ice.” This implies that the ice is not as cold, to begin with as ice pulled from your own freezer at home, and it melts more quickly as a result.

Because of this, it is typically not cold enough to maintain the frozen state of popsicles. It is recommended that you set the temperature of your home freezer to 0 degrees Fahrenheit (-18 degrees Celsius), which will keep the ice at the same temperature.

If you put this ice on top of your popsicles, it will maintain the temperature of your popcisles at around 0 degrees Fahrenheit (-18 degrees Celsius) for some time.

Utilizing dry ice is the most foolproof method for keeping ice cream frozen inside of a cooler. Dry ice is a kind of carbon dioxide that has been frozen, and it is far colder than ordinary ice.

Dry ice has an extremely low temperature of -109.3 degrees Fahrenheit (-78.5 degrees Celsius), making it even colder than your home freezer. Certainly, a cool enough temperature to keep your popsicles frozen… in its purest form, dry ice is simply carbon dioxide that has been frozen.

When carbon dioxide is cooled from its gaseous state to its solid-state, it does not go through a liquid stage like typical ice cubes formed from water do on their way to becoming solid. Instead, it “sublimates,” which means that it changes directly from solid to vapor state.

Temperatures below -100 degrees Fahrenheit can be reached in carbon dioxide, due to the fact that it freezes at a significantly lower temperature than water does. It is odorless, non-flammable, and colorless, and it emits an acidic smell.

Dry ice has a wide range of uses, including those in the commercial, industrial, and scientific spheres of activity. However, due to the fact that it is non-toxic, dry, and incredibly cold, it is especially beneficial for keeping the contents of an ice cooler chilly (and even frozen!) for 18 to 24 hours.

3 Additional Pointers on Keeping Popsicles Frozen in a Cooler

1. What are some strategies for keeping ice cream frozen for three hours?

Put the ice cream in freezer bags and place them inside the cooler to provide an additional layer of insulation. The majority of the time, supermarket stores will utilize reusable thermal freezer bags in order to keep hot goods hot and cold foods cold. You may try putting the carton of ice cream inside one of these bags, and then putting the bag into your cooler with ice all around it.

2. How long will popsicles last if they are stored in the freezer?

To ensure that the popsicles retain their high level of quality, they should only be stored in the freezer for a period ranging from six to eight months. If your popsicles have connected ice crystals or a sticky, gummy covering, it’s possible that they aren’t as fresh as they once were. Always make an effort to ensure that your popsicles remain frozen at a consistent temperature.

3. How can I keep frozen drinks frozen while they are inside a cooler?

So, what did we learn in class today? We now know that ice should be placed inside your cooler to keep popsicles frozen without the need for a freezer (dry ice will work better).

Simply add salt to your ice to keep frozen treats like popsicles frozen for longer. Place the treats in a plastic bag to protect them from becoming wet while being kept. Also known as “warm ice,” ice purchased in a convenience shop, petrol station, or supermarket is generally referred to as such.

As a result, the ice is not as cold as ice extracted from your own freezer at home, and it melts more quickly as a result. As a result, the temperature of popsicles is rarely cold enough to keep them frozen.

Setting the temperature of your home freezer to 0 degrees Fahrenheit (-18 degrees Celsius) is advised to retain the ice at the same temperature. Enjoy the rest of your day, always stay safe, and treat others with kindness & respect! Until next time!

How to Keep Popsicles Frozen Without a Freezer? (3 powerful tips exposed) 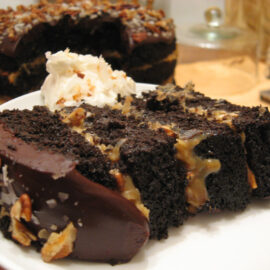 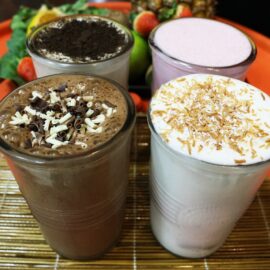 How to Preserve a Milkshake? (the ultimate milkshake guide) 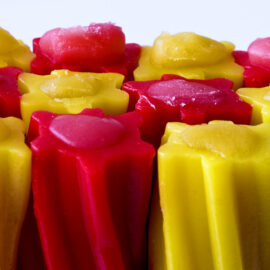