Cup noodles are a terrific option for a quick and delicious snack (yessir), and I for one enjoy treating myself to one every once in a while.

To reheat them, some people prefer to put boiling water in them, while others prefer to put them in the microwave for a few moments…

The Origin and Development of Ramen Noodles?

Instant ramen is one of those well-liked dishes that is consumed all over the world. It is a universal product that became popular at a time when there were no permanent digital connections, social media platforms, or the concept of “going viral.”

Instant noodles have been popular as a meal because they are reassuring, quick, and inexpensive. This trend was inspired by the lengthy lines that formed in post-World War II Japan to buy ramen, as well as the belief that food may serve as a bridge to peace.

But instant noodles wouldn’t have reached their current elevated status as a global dish if it weren’t for a deceptively simple packaging innovation, a simple, multifunctional cup that serves as packaging, cooking vessel, and bowl all in one.

This cup has allowed instant noodles to reach their current status. The story that Momofuku Ando, a Japanese man who was born in Taiwan, was inspired to create instant ramen as a way to feed his war-torn country after seeing long lines for black market ramen is the official origin story of instant ramen noodles.

Momofuku Ando is credited with being the inventor of instant ramen. However, he did not start selling his newly produced instant ramen until 1958, which was already several years into Japan’s postwar economic boom.

Momofuku Ando began by purchasing used equipment for producing noodles, which he then brought back to his work shed and began tinkering with…

After much trial and error, he eventually devised a method for cutting and shaping noodle cakes before flash frying them. Because of this method, the noodles are now stable for storage and can be quickly prepared by adding boiling water, freeze-dried broth, and any other necessary components.

At first, Ando would package his invention, which he called “Chikin Ramen,” in a plastic pouch. This would shield the noodles from being exposed to air and moisture, but it wouldn’t offer much protection from being crushed.

Even though Ando’s fundamental motivation, which was to provide an inexpensive and easy-to-prepare meal, wasn’t realized at the exact start (instant was slightly more than buying from a local cart), that didn’t stop his new invention from quickly becoming a hit, and by 1963, they would sell over 200 million servings annually.

Even though Ando’s fundamental motivation wasn’t realized at the exact start (instant was slightly more than buying from a local cart), that didn’t stop his new invention from

Is heating up the cup noodles in the microwave the right way to do it?

Good question… you are not intended to microwave the styrofoam cup that the noodles come in. Styrofoam is used to package hot food in a container that can be thrown away after use; nevertheless, the material is not appropriate for use in cooking.

FYI: When heated, the material melts, distorts, and may release potentially dangerous substances into your food…

Bring water to a boil in a cup that is suitable to use in the microwave, then pour the boiling water over the Cup Noodles. After three minutes, if you cover the pot with a lid, the noodles will be cooked and ready to eat.

Is it possible to heat up styrofoam cup noodles in the microwave?

No, you should not prepare styrofoam cup noodles in the microwave because the container is only intended for a single usage and should not be reused for cooking purposes.

Styrofoam cups are constructed from expanded polystyrene, which is a type of plastic that has the number 6 printed on the bottom of the container to indicate that it may be recycled.

Only plastic of type 5 is thought to be safe to use in microwaves because it is the only type that can withstand the high temperatures that are produced in a microwave; nevertheless, even this is debatable for many individuals.

What happens when you heat cup noodles in a microwave? In the worst-case situation, the food inside the Styrofoam cup would become distorted, and it will also become contaminated with potentially harmful substances.

In either case, you shouldn’t put yourself in harm’s way by taking that risk, as chemical cross contaminations might pose serious health risks.

It is best to avoid microwaving the Cup Noodles and instead heat the water in a cup that can be heated in the microwave first, and then transfer the water to the styrofoam cup where the noodles are stored.

What Happens When You Put Cup Noodles in the Microwave?

In my region, the instructions that come with the cup noodles urge you to bring some water to a boil, pour the boiling water over the noodles, and then let them sit for a few minutes.

Since the noodle cups don’t come with any instructions, I usually just throw them in the microwave. But I was curious to see what would happen if I put this theory to the test.

Therefore, I went out and purchased two cups worth of noodles to use as a test. One was contained in a cup made of Styrofoam, and the other was wrapped in paper and topped with aluminum foil within a plastic cup.

I wanted to find out what would occur if I put each of them in the microwave. Unexpectedly, the lid made of aluminum foil ignited and came dangerously close to igniting.

How can you determine whether or not they can be heated in a microwave?

The instructions that are printed on the product’s package should be your first point of reference when trying to determine whether or not the item may be microwaved.

You will learn how to heat the ingredients in a manner that is safe to do so in the instructions. It is perhaps possible that it will offer you with an example or two.

Please keep in mind that the maker of the goods will have conducted research on the safest methods and factored in any restrictions regarding the container when doing their calculations.

In the event that you have grounds to question the manufacturer’s suggestions, the most prudent course of action would be to address your concerns directly with the manufacturer through the use of their website.

It is not a good idea to conduct a broad search on the internet because there is a lot of questionable information available. Get your information directly from the source.

Can you boil cup noodles?

You need 500mL of water and instant ramen. Boil water first. Wait 3 minutes before adding the noodles. After 3 minutes, remove noodles from fire and add spice.

What happens if I microwave cup noodles?

How to Microwave a Ramen Cup? (4 simple steps) 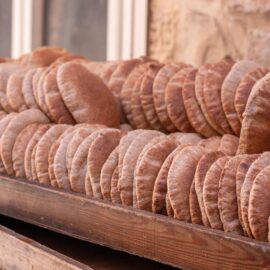