FACT: In spite of the fact that it is heavy in calories and fats, coconut milk is a popular substitute for cow’s milk (go figure), and it is recognized for its sweet flavor as well as its health advantages.

Cooks frequently utilize it in Asian cuisine, such as curries and soups, smoothies (I LOVE SMOOTHIES), and baked products, among other things.

This leads us to the question: how to store canned coconut milk? After doing the research, here’s what I uncovered…

Best Method: Cool, dark storage, such as a pantry or a cupboard, is recommended for canned coconut milk. Some cartons of coconut milk are also shelf-stable, meaning that they may be kept in a cold, dark area for several months or until the expiration date shown on the container is reached.

This is the only canned coconut milk I will buy. Organic, BPA-free, no guar. The only ingredients are organic coconut and purified water. I use this in my soups and curry dishes. pic.twitter.com/9G538U3TYR

What is coconut milk and how does it differ from other milk?

For the final canned product that you may get at your local grocery store, the meat is mixed with water and filtered through cheesecloth before being packaged.

Unopened coconut milk should be stored in the refrigerator…

Coconut milk containers that have not been opened should be stored in a dark, cold location that is not very humid, such as the pantry. Mold development is aided by high humidity.

A can of coconut milk that has not been opened can keep for two to five years before turning bad. Before using the milk, check to confirm that it appears to be safe.

How to Store Coconut Milk Cans After They Have Been Opened

Due to the fact that many recipes only call for a portion of a can of coconut milk, having to deal with leftover coconut milk is a common problem. Aluminum foil or plastic wrap should be used to cover the top of the can before placing it in the refrigerator.

Keep the container away from strong-smelling items such as cheese and meat to avoid contamination. FYI: Coconut milk absorbs the flavors of the items it comes into contact with.

You may anticipate the coconut milk to be safe for four to six days if you refrigerate the can constantly, which means that you leave it in the refrigerator the entire time. It is possible that you will need to shake or swirl the container before using the coconut milk.

While coconut milk appears to be a considerable component when measured in calories, those calories are really packed with a significant amount of nutritious value.

Depending on the brand, one serving of coconut milk has around 100 calories and 10 grams of good fats, with just 1 gram of carbohydrates…

Because of the high quantity of fat included inside this item, it is an excellent dairy alternative for anybody, but especially for those following a ketogenic or paleo diet.

A healthy diet should include fat since it provides energy for our cells, helps to maintain blood sugar balance, reduces inflammation, and nourishes our brain, nervous system, as well our hair, skin, and nails.

Coconut milk is an extremely nutrient-dense source of fat, which makes it an excellent choice for use in oatmeal, chia pudding, and coffee as a morning beverage.

FYI: In addition to being high in healthy fat, coconut milk is also high in critical vitamins, minerals, and antioxidants, allowing it to provide high-quality nourishment as well as a variety of health advantages.

Once the cartons of coconut milk have been opened, how should they be stored?

You should store opened cartons of coconut milk in the refrigerator, regardless of whether they were chilled when you purchased them… this also applies to coconut creamer for coffee.

At room temperature, coconut milk containers that have been opened begin to spoil. Avoid keeping them in the refrigerator’s door because the temperature in that region is too high.

Coconut milk purchased from the refrigerated department of the grocery store will likely stay longer due to the fact that it often contains additional preservatives.

Because of its portability, powdered coconut milk is a relatively new product that is particularly useful for camping excursions.

It is important for vegans and those who avoid dairy milk to carefully read the label on the packaging since some coconut milk powder products include a milk derivative.

Replace the seal on the packet and secure it with a clip before storing it in an airtight container. Coconut milk powder can be stored for up to three months.

Canned coconut milk is more useful in the kitchen than you might think: https://t.co/hHUqKkQZfN. pic.twitter.com/C4q3z6mRtm

1. Is it possible to freeze canned coconut milk?

Because canned coconut milk degrades rapidly, pour any leftovers into ice cube trays and put them in the freezer. Once frozen, remove them from the freezer and put them in a freezer bag. When creating fruit smoothies or flavoring a pot of hot soup or stew, throw the cubes into the blender and process until smooth. It is also possible to defrost the cubes overnight in the refrigerator.

2. How should fresh coconut milk be stored in the refrigerator?

The freshest homemade coconut milk will keep for up to five days in the refrigerator if it is stored correctly in an airtight container. A plastic container with an airtight seal, as well as glass jars, are also suitable.

3. How can you tell whether coconut milk is hazardous for you?

It will smell sour and may include mold if the coconut milk is over its expiration date. It may also have become chunky and deeper in color, and it may have begun to curdle at the edges. The most effective method of preventing coconut milk from deteriorating is to store all of your canned goods and cartons in a dark, cold location that is free of excess humidity.

Coconut milk stored in a tin container can be stored at normal room temperature. Canned coconut milk is considered to be authentic and organic because of its self-stability which doesn’t require any sugar or preservatives to keep it fresh.#tinpackaging#metalpackaging pic.twitter.com/KC5zVH60dP

So, what did we learn in class today? We now know that canned coconut milk should be stored in a cold, dark location, such as a pantry or a closet.

Some coconut milk cartons are shelf-stable, which means they may be stored in a cool, dark place for many months or until the expiration date on the container is reached.

Coconut milk containers that have not been opened should also be kept in a dark, cool, and dry area, such as the pantry. The growth of mold is promoted by excessive humidity. You may store coconut milk in the refrigerator for a few hours before using it to save time.

Coconut milk cartons that have been sealed and shelf-stable can be kept outside the refrigerator. Soy milk has a storage life that is equivalent to coconut milk.

Soy milk containers that haven’t been opened last around the same amount of time as coconut milk ones. Enjoy the rest of your day, always stay safe, and treat others with kindness and respect. Until next time. 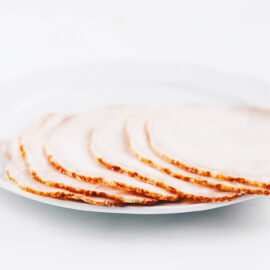 How To Store Ham Slices? (complete guide for safe storage) 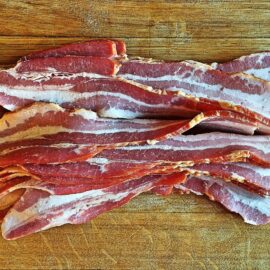 How To Store Bacon After Cooking? (complete guide for storing your bacon) 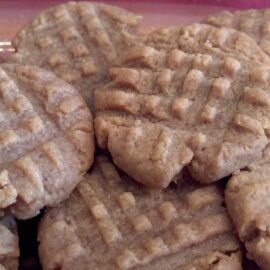 How To Store Peanut Butter Cookies? (everything you need to know for proper storage)