When it comes to keeping fish on hand (aka tuna), canned tuna is a quick method to prepare a range of nutritious, yummy meals…

Tuna, whether canned or fresh, contains vital fatty acids known as omega-3s, which are critical for maintaining proper brain and nerve function as well as heart health (no wonder it’s my favorite).

This leads us to the question: how to store canned tuna after opening? After doing the research, here’s what I uncovered…

Best Method: Refrigerate any remaining canned tuna in a glass or plastic container as soon as possible. It is not recommended to keep the tuna in the can after it has been opened since it may turn rusty. Cans of tuna can be stored in the refrigerator for up to two days if they are kept securely closed.

What is the best way to store tuna?

While tuna can last for years when stored in a can, once the container is opened, the expiration date is no longer valid for the tuna…

As a point of clarification, it is the vacuum seal of the can or pouch in issue that preserves the tuna, not any chemical additions or preservatives included within the tuna itself. Tuna in a can comprises simply water or oil, in addition to the real fish that is contained therein.

As a result, after the tuna has been opened, it should be treated the same way as any other cooked tuna — that is, it should be refrigerated, sealed, and consumed within four days of opening.

Please keep in mind, however, that the storage duration for fresh, raw tuna is far less flexible. In fact, fresh tuna should be consumed on the same day that it is purchased.

If not, it must be stored in the freezer immediately, after which it will only be good for another 24 hours after being frozen…

Fortunately, there is a method for preserving fresh tuna for up to three months, but it requires the tuna to be sealed in an airtight bag with a solution of ascorbic acid, water, and salt to be effective.

Of course, if all of that sounds like a lot of work, meal planning, and investment in vacuum-sealing equipment, there’s always canned tuna to fall back on.

Is it possible to keep canned tuna once it has been opened?

Once your canned tuna has been opened, it must be kept refrigerated if you are not planning on eating the entire can. If it is properly wrapped and stored in your refrigerator, it should survive for around three days.

If you want to extend this time period even further, you may place the tuna in a freezer bag and keep it in the freezer for eating within a few months after it is frozen. As with any seafood product, canned tuna should not be left out at room temperature for a lengthy amount of time, regardless of how fresh it is.

How long does canned tuna have a shelf life?

If you compare canned tuna to other canned fish items, you will find that it is fairly stable and has a lengthy shelf-life…

Finding out how long your canned tuna will actually last is as simple as looking on its packaging for the manufacturer’s recommended shelf life and multiplying that number by two.

Typically, this will take around three years. In contrast, if the tuna can is stored in a dry pantry or on a shelf, the shelf life can be extended by many years.

It goes without saying that you must check to see that the can has not been damaged or shattered in any way, and that there are no air gaps. Once canned tuna has been opened, it should be stored as described below.

What type of tuna is dolphin-safe?

It is possible to identify tuna that has been fished without harming dolphins by looking for the Dolphin Safe emblem. Tuna fisheries all around the world are implementing dolphin-friendly fishing practices in order to reduce or eliminate dolphin bycatch deaths.

Although some fisheries are now employing FADs (fish aggregation devices) to attract tuna, this has resulted in an increase in the fatalities of other species such as turtles and sharks, while simultaneously reducing dolphin deaths.

Is it possible for canned tuna to go bad? | How Can You Tell If Tuna in a Can Is Bad?

Even unopened canned tuna can get spoiled, despite the fact that this is a rare occurrence. When should you toss out your canned tuna cans? When the following situations occur:

1. Is it possible to freeze tuna in a can once it has been opened?

If you want to extend the shelf life of opened canned tuna even further, you may freeze it. To freeze canned tuna, place it in closed airtight containers or heavy-duty freezer bags and freeze for several hours. What is the shelf life of canned tuna in the freezer? When properly stored, it will retain its finest quality for around 3 months but will stay safe for an extended period of time after that.

2. What is the composition of canned tuna?

Canned tuna is often divided into two categories: light meat tuna, which is mostly skipjack and occasionally yellowfin, and white meat tuna, which is typically albacore. Light meat tuna is typically skipjack and occasionally yellowfin. Cans of tuna from Starkist, Chicken of the Sea, and Bumble Bee are three of the most popular brands available in the United States.

So, what did we learn in class today? Any remaining canned tuna should be refrigerated as soon as possible in a glass or plastic container…

It’s not a good idea to keep tuna in the can once it’s been opened since it can rot. Tuna cans can be kept in the fridge for up to two days provided they are kept tightly closed.

Also, if you are not planning on consuming the full can of tuna, keep it refrigerated once it has been opened. It should last for about three days if properly packed and stored in the refrigerator.

If you want to stretch the time even further, store the tuna in a freezer bag and freeze it for consumption within a few months of freezing…

Canned tuna, like any other seafood product, should not be kept out at room temperature for an extended period of time, regardless of how fresh it is. Enjoy the rest of your day, always stay safe, and treat others with kindness and respect! Until next time.

How To Store Canned Tuna After Opening? (best method revealed) 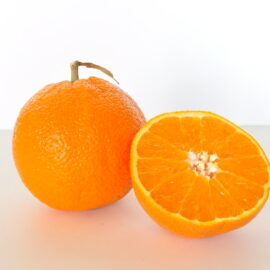 How To Store Oranges in The Fridge? (everything you need to know for correct storage) 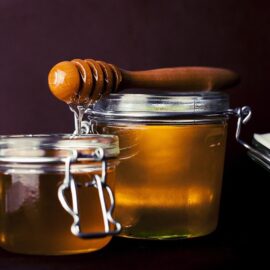 How To Store Honey Long Term? (everything you need to know for proper storage) 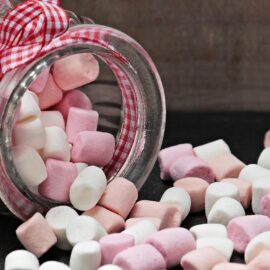 How to Store Homemade Marshmallows? (the ultimate marshmallow guide)