Here’s something we can all agree on… the crisp crunch of cucumber in our salads is the melody of summer (you can say that again).

Yet, despite the many salads we consume (which is a high yearly number), we occasionally can’t seem to use up as many of our cucumbers as we’d like.

This leads us to the question: how to store cucumbers after cutting? After doing the research, here’s what I uncovered…

Best Method: If you chop a cucumber, refrigerate and consume it within two to three days. Place cut cucumber slices in an airtight jar with a paper towel on top of the sliced cucumbers to absorb the excess moisture. For cucumbers with one sliced end, cover the cut end with plastic wrap.

After conducting further investigation, I uncovered more information you need to be aware of so please carry on reading…

Vines almost to the top! pic.twitter.com/UyXSAypwuJ

Cucumbers are a vegetable from the Cucurbitaceae family. Cucumbers grow on a vine, are cylindrical, and are accessible year-round…

Cucumbers have a high water content of ninety-five percent water, which gives these vegetables a crunchy texture and fresh taste. You can have raw cucumbers as a snack or add slices to a cucumber salad. Cucumbers are also common pickling veggies.

bag in the warmest spot of your refrigerator. Generally, a space that is close to the door or a vegetable drawer in a fridge is the finest place to put your sliced cucumbers.

Likewise, you can also arrange them towards the front of the middle shelf. By employing this strategy, you can use the cucumber in your recipes for the whole week.

This is a way to keep its texture smooth and fresh. You can do this before placing them in the bag, though it’s not a necessity…

If you adopt this strategy to keep cucumbers, you’ll never have to worry about them being mushy, moldy, or squishy ever again. However, it can’t be utilized for more than 4-5 days if you’re refrigerating them.

Keep The Cucumber Slices Inside a Sealed Bag

Take your dried and sliced cucumbers and place them in a plastic bag. It’s vital to restrict the air from traveling through them, but you must allow the moisture to leave, too.

Additionally, it’s alright to allow a little ventilation to prevent condensation thus, if you’re using a resealable plastic bag, keep it open at the top…

You can come back and seal it later once they’ve dried more. You should keep cucumber away from those items that produce ethylene gas. If the cucumber is exposed to this gas, it starts to ripen and degrade.

In addition, among all the fruits and vegetables, cucumbers are the ones that are most likely to be affected by this ailment. Because of this, placing it in a plastic bag and rolling it up is an effective method for separating it from other goods.

These days, bags or containers that are capable of storing fruits and vegetables for an extended amount of time are not hard to come by. They are available for a low price and in bulk quantities in the supermarket.

It is necessary to prepare brine before you can freeze these cucumber slices. Put some white distilled vinegar in a jar, then sprinkle some white sugar over the top of it.

To create a solution, thoroughly combine these two components and mix well. The next step is to combine a half cup of vinegar with an additional one and a half cups of sugar.

After you have finished preparing this solution, you may then include the cucumber slices into it… they should be thoroughly soaked, and then placed back in the freezer.

Your preferences will determine how much sugar and vinegar to use in the recipe. When making sweeter cucumbers, it is common practice to use more sugar and a lesser amount of vinegar than when making savory cucumbers.

As an alternative to containers, ice trays are used by certain people. If you do it this manner, you may keep the cucumber slices in the refrigerator for more than a year.

Cucumber salad ready to mellow in the fridge while dinner is cooking pic.twitter.com/F8zuQqUfWE

When Is the Appropriate Time to Discard a Cucumber?

In spite of all of our best efforts, we occasionally end up with wilted greens and rotten veggies (it happens). It’s been said that you’ll be able to tell when cucumbers have gone bad just by touching them.

However, the natural sweetness of a cucumber will disappear as it rots, and it will be replaced by a bitter flavor. You could easily get away with it if you used it in a cucumber marinade or a raita made with cucumber and yogurt. But not a salad-topper or crudités (sorry).

How Long Can Cucumbers Stay Fresh Once They Have Been Cut?

Good question… cucumber slices may normally be kept fresh in the refrigerator for up to 48 hours if they are dried off to remove any extra moisture and placed in an airtight container.

This waiting period might range anything from a few hours to several days, depending on whether or not you are willing to trim away the parts that have begun to go mushy. They can be kept for an endless amount of time if they are brined and frozen.

1. How to keep cucumbers crisp?

Cucumbers should be kept in the door of the refrigerator, which is the warmest part of the appliance. Another excellent storage choice would be to make use of your refrigerator’s crisper drawer if it comes equipped with its own humidity controls. If you keep the humidity in the crisper drawer high, your cucumbers will retain their crispness for a longer period of time.

2. Storing cut cucumbers in water? (how to correctly do it)

In order to maintain their freshness, cucumbers that have previously been sliced should be kept in a container that can seal tightly and is filled with cold water. Cucumber slices may keep their characteristic crunch for up to a week when stored in water, which also prevents the slices from drying out.

What exactly did we study in class today? We now understand that a cucumber will keep for two to three days in the refrigerator after being chopped.

Sliced cucumbers should be placed in an airtight container with a paper towel on top to absorb any extra moisture. Put plastic wrap over the end of the cucumber that has been cut off.

Moreover, cucumbers are a member of the Cucurbitaceae family of vegetables. Cucumbers are spherical, grow on vines, and are available all year round. Ninety-five percent of a cucumber’s weight is water, which gives this vegetable a crisp texture and a fresh flavor.

Cucumber slices can be used in a cucumber salad or enjoyed raw as a snack. Cucumbers are frequently used as pickled vegetables. Enjoy the remainder of your day, always practice safety, and show compassion and respect to others. Until next time!

How to Store Cucumbers After Cutting? (complete storage guide explained) 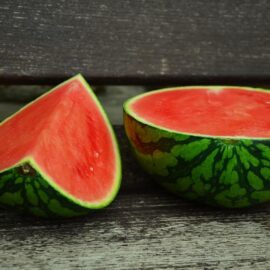 How To Store Watermelon After Harvest? (complete guide for proper storage) 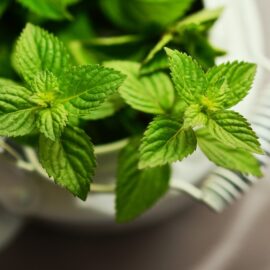 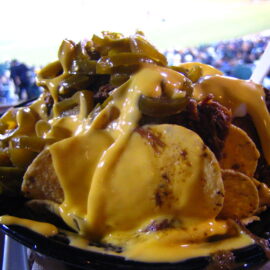