Do you believe that the highly coveted (and sometimes very expensive) maple syrup in your cabinet will keep indefinitely? Unfortunately, you’re in a fairytale land (sorry).

This leads us to the question: how to store maple syrup long term? After doing the research, here’s what I uncovered…

When not in use, keep your syrup in a cold, dark area for up to two years. Once opened, it should be kept in the refrigerator for up to one year. Be sure to store your syrup properly so that it may be enjoyed at proper shelf life.

You can keep a bottle or can of maple syrup for a very long period, even for years, if it is properly sealed and kept at a temperature that is appropriate for the syrup…

In honor of #PancakeDay enjoy 45 seconds of Cartwright’s Maple Tree Inn, a WNY institution located in Angelica, NY. The maple farm there dates back to 1850. They make 2000 buckwheat pancakes/hour and 20,000/day. 10,000 taps produce their famous maple syrup. Among best in USA! pic.twitter.com/fxp4UPQRm4

Is It Possible for Maple Syrup to Go Bad?

As it turns out, maple syrup does have a shelf life after it has been opened, and mold is not as rare as we had previously believed.

FYI: 100 percent pure maple syrup will keep for a year in the pantry, another year in the refrigerator, and an indeterminate amount of time frozen according to the manufacturer’s recommendations.

Other “syrups,” such as pancake syrups manufactured from corn syrup and maple flavoring, have a shelf life that is quite different from that of regular syrup.

HOW LONG DOES MAPLE SYRUP STAY GOOD FOR?

The shelf life of maple syrup is determined by the method in which it is canned. Plastic bottles have a shelf life of 18 months to 2 years provided they are kept closed and unused.

Plastic containers are permeable, and the syrup will begin to darken and alter as soon as it is placed in a plastic jug for more than three months.

Although those novelty log cabin tins filled with syrup are adorable, you should not store syrup in them for more than six months. Using glass jars to preserve syrup for long-term food preservation is the best option if you truly want to save it.

Maple syrup can last forever if it is properly bottled in sterilized glass jars and stored at room temperature. Jars that had been kept for 50 years had been opened and found to be in the same condition as when they were first stored.

Keep the jar in a cold, dark area to get the best outcomes possible. Even with shoddy canning techniques, maple syrup should be good for at least 2 to 4 years when kept in a glass jar unopened.

The Origins of Maple Syrup

Maple syrup is a sweetener that is often manufactured from the xylem sap of sugar maple, red maple, or black maple trees, but it may be prepared from a variety of other maple species.

They store starch in their trunks and roots before winter, and the starch is subsequently turned into sugar, which increases in the sap in late winter and early spring in colder climes.

Maple trees are tapped by drilling holes into their trunks and collecting the sap, which is then processed by heating to evaporate most of the water, leaving just the concentrated syrup.

FYI: Maple trees are tapped by cutting holes into their trunks and collecting the sap. The Indigenous peoples of North America were the first to cultivate and use maple syrup.

European settlers followed the approach, which resulted in a gradual shift in manufacturing techniques. Improvements in technology throughout the 1970s allowed for even more refined syrup processing.

kodiak protein pancakes with berries, a bit of nutella, and maple syrup pic.twitter.com/DumSjoffXq

Canadian maple syrup exports were C$487 million (about US$360 million) in 2016, with Quebec accounting for almost 90% of the total. On the basis of its density and translucency, maple syrup is rated according to the Canada, United States, or Vermont scales, as appropriate.

Sucrose is the most common kind of sugar found in maple syrup. In order to be classified as maple syrup in Canada, syrups must be manufactured completely from maple sap and contain at least 66 percent sugar by weight.

When it comes to maple syrup in the United States, it must be created nearly completely from maple sap in order to be labeled as such, however certain states, such as Vermont and New York, have more stringent criteria.

Maple syrup facts that are worth noting

Best Overall: After doing the research, I discovered that the North Mountain Supply  8 Ounce Glass Maple Syrup Bottles with Loop Handle (click the link to check pricing…) is the best container for your maple syrup. Its flat shape enables natural lighting to highlight the amber colors of your made syrup, and it comes with 12 White Metal Lids and 12 Clear Shrink Bands to give Tamper-Evident Seals to keep your syrup fresh.

2. Is it possible to freeze maple syrup?

Yes, it is possible. Instead of using glass jars, you may use freezer-safe plastic containers to store the maple syrup if you do not have any. Make certain that the lids of these plastic containers are properly sealed to avoid any additional air or moisture from entering the syrup. Once the syrup has been removed from the freezer, these containers may be used to keep it in a cool, dry place.

3. I forgot to put the maple syrup in the refrigerator (now what)?

If the maple syrup is not refrigerated immediately after opening, it may develop a moldy appearance. Skim or remove the mold as soon as it is discovered, then add a few drops of water and heat the syrup until it is barely boiling before bottling it again. Crystals will develop if the syrup is excessively thick or if it is kept out in the open for a long amount of time.

4. What happens if you consume tainted maple sugar?

FYI: It has been determined that the mold that develops in maple syrup is non-toxic. You won’t have to toss away a pricy bottle of the thing just because it became moldy since you spent a lot of money on it.

So, class, what did we learn? We now know to store syrup in a cool, dark place for up to two years. It should be refrigerated for up to a year after opening.

Keep your syrup well stored to enjoy it for a long time. Also, maple syrup does have a shelf life once opened, and mold is not as unusual as we thought.

Pure maple syrup will keep for a year in the pantry, another year in the fridge, and indefinitely frozen. Other “syrups,” including pancake syrups made with corn syrup and maple flavoring, have a far shorter shelf life than ordinary syrup.

How To Store Maple Syrup Long Term? (everything you need to know for safe storage) 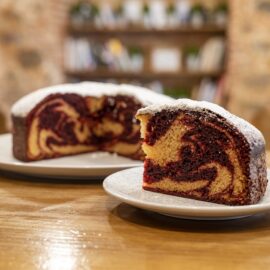 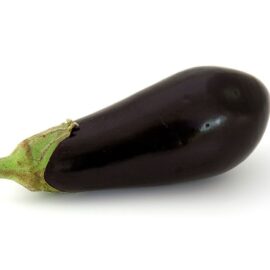 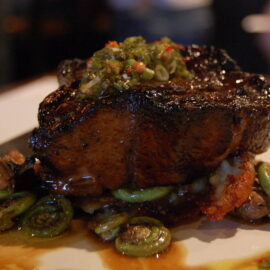 How To Store Cooked Pork? (top method revealed for storing your cooked pork)